The Sqweasel: Mascot for the Key Issue Comics Blog

I've been trying to come up with an idea for some type of logo for this blog.  My thought process started out fairly generic.  It's called Key Issue Comics so maybe some type of key imagery.  That's pretty boring.  I need something that will sell T-shirts.  As Yogurt said in one of the greatest movies of my generation:

I thought, "Well, maybe I could have a large generic monster doing something with a key.  Opening a lock, eating a bowl of keys, using a key shaped gun to blow away issue numbers from a comics want list."  Well, I went round and round with some ideas and started to go down a few rabbit holes (I'll post more about one of those later).  Finally, I decided how hard can it be.  I'll just start drawing.

I dug through a storage closet and found a sketchpad and some art supplies that were collecting dust and sketched it out and finally moved to MS Paint (why pay for Illustrator when I have this free crappy software).  The result is The Sqweasel.  Eventually, I'll create an origin story for him but for now here he is: 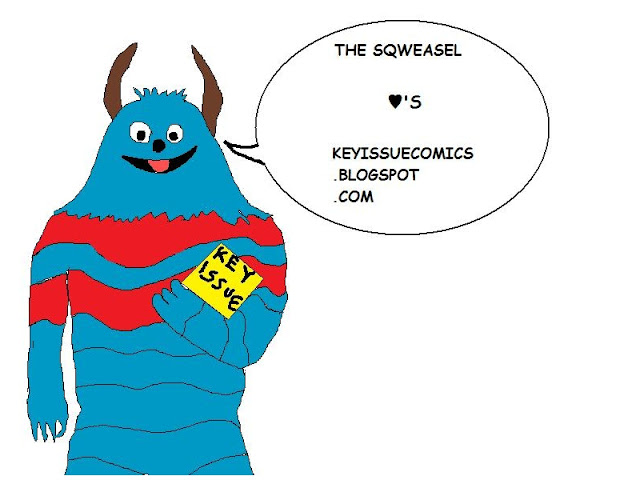