I mentioned this convention here several weeks ago. I got back from it yesterday afternoon and was all set to post something about it. Unfortunately, my laptop sucks and it looks like the only solution maybe reinstallation of the OS. In the meantime, I'm blogging from my phone which is never ideal.

The convention was pretty small and around a 50/50 split between comics and toys. I still managed to spend about three hours and $80. I picked up some books I had wanted for a while: Wonder Woman #233, Detective Comics #452, Black Panther #1, Jungle Action #5, and V For Vendetta #1. 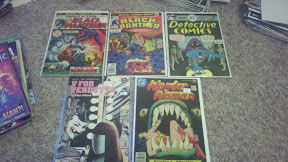 I got to meet Sanford Greene, artist for Wonder Girl and several other books. He mentioned that he has upcoming work for Dark Horse, MTV, and Marvel, but said it was too early to discuss details.


The highlight of the day for me was meeting former EIC of Marvel and writer of damn near every Conan comic you can think, Roy Thomas. He signed a copy of my What If #13 and mentioned that the cover artwork was one of the few that he still had hanging up at his home. He also said that he wanted the story to be in the Marvel Universe but didn't want to involve any other Marvel characters in the story. He tied it in by placing Peter Parker and Mary Jane in one panel on page 17. Very clever, Mr. Thomas. 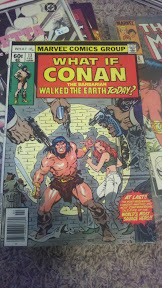 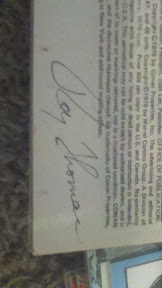 I also picked up a slew of other books and a Wonder Woman pint glass from 1976. Stay tuned the rest of the week as I should have another key issues list up and some exciting news about the site.
Posted by Brian Michael Cassity