One of the upcoming TV shows that I'm most excited about is Legion. The show premiers February 8th on FX. Legion is about David Haller who suffers from multiple personality disorder and is the son of Professor Charles Xavier, leader of the X-Men. Apparently, this show will take place in the same fictional universe as the X-Men films though I doubt we will see any characters from the films. In case you haven't seen it, here's the trailer for the show:


Though I'm sure the show will be far different from the comics, here's a list of key issues for David Haller:

X-Men Legacy Vol 2 - The entire series is about David Haller. It's excellent not only for the story and writing but also for the interior art and the fantastic Mike Del Mundo covers. My earlier review of the series can be found here.


Continuing with the trend of team up series, here's a list of key issues for Marvel Two-In-One.

I decided to put together this list of key issues for the first volume of Marvel Team Up while I was trying to make sure I had all of the first appearances for the New Mutants. I thought New Mutants Vol 1 and Marvel Graphic Novel #4 covered everyone. However, the first appearance of Xi'an Coy Manh is right here in issue 100 of Marvel Team Up so head out to your local comic shop and start digging through back issues.

If you haven't seen Doctor Strange yet, do yourself a favor and get to the movie theater.  The movie is awesome. Benedict Cumberbatch is perfectly cast and the visual effects are incredible. Like Ant-Man, it's a well paced origin story that leaves you wanting a sequel and unlike Civil War, you can see it without having any knowledge of the previous Marvel movies.

In case I haven't convinced you, here's the trailer followed by a list of the 1st comic book appearances of the characters in the film. 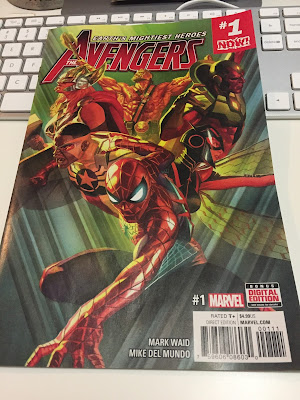 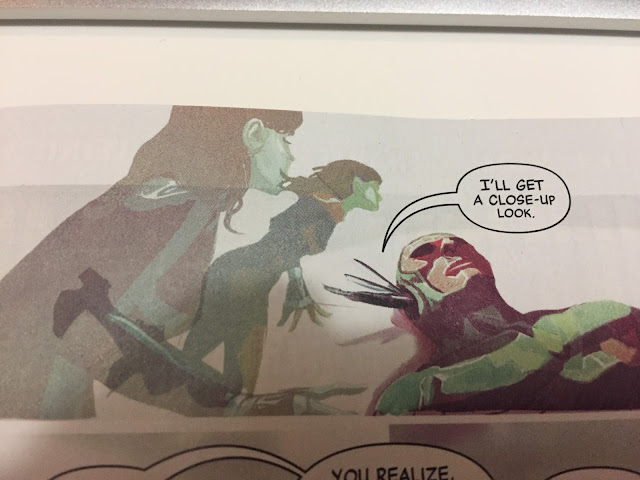 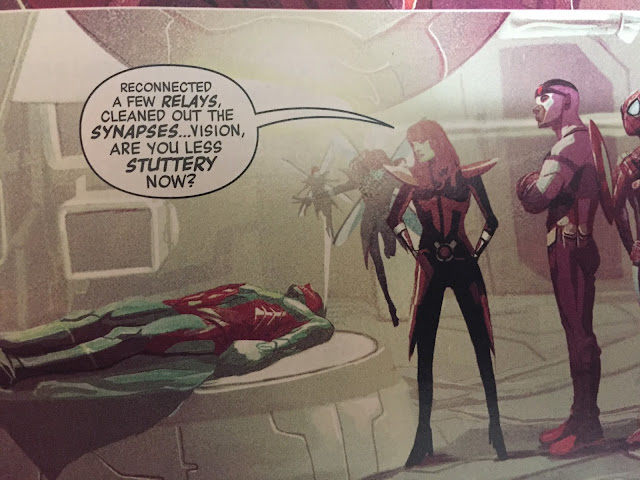 Caveat to this entire post: I started writing this entry several months ago when Deadpool & the Mercs for Money was just a limited series.  I had no idea it would turn into an ongoing title with a switch in the cast. Though the new team is interesting, it has a different dynamic than Deadpool's original choices.  They definitely feel less like D-listers.  I'm also aware that Solo, Foolkiller, and Slapstick are getting solo series. Something tells me these won't be around very long.

Deadpool is everywhere right now.  His movie just came to Blu-ray/DVD/Digital after a nice run in theaters grossing over $700 million.  He's currently starring or co-starring in at least three ongoing series and at any given time there is at least one limited series featuring Wade Wilson.  If you are a Daredevil or Power Man and Iron Fist completist with OCD, Deadpool's popularity might really be pissing you off because in order to get Daredevil issue #7.1 or Power Man and Iron Fist issue #4.1 you'll need to buy Deadpool #13 with a price tag of $9.99.  Deadpool may piss you off simply because you'll be standing in line behind at least 20 to 30 people cosplaying him at the next con that you attend.

I, however, love Deadpool.  Is he overexposed?  Definitely.  Is Marvel trying to cash in on the movie's popularity? For sure.  Do the comics suffer for it?  Absolutely not.  Fortunately, the folks writing Deadpool currently all have the same take on him, deeply flawed but likable unwilling hero. Joe Kelly handled Deadpool in the earliest days of the character by defining him and creating much more than a Deathstroke ripoff.  Gerry Duggan has grown and refined all of the traits and flaws that fans love in addition to creating a rich supporting cast.  Finally, Cullen Bunn has given us almost every brilliant limited series starring Deadpool in the past four years.

Currently in both Deadpool by Duggan and Deadpool & the Mercs for Money by Bunn, Deadpool has on his payroll a team of mercenaries from around the Marvel Universe.  I was familiar with some of these characters from past Deadpool stories, but for several of them I knew next to nothing.  I love the "Mercs".  Maybe because I can empathize with their lot in life.  They're not the most popular characters, but they've likely done quite a bit of the grunt work to get things done in the Universe that no one will ever know about.  Their boss is eccentric and doesn't always make sense, but the pay is really good so they put up with it.  They may have aspired to do something else in life, but now they have a wife, some kids, and a mortgage.  This is the story of the C students that know they'll never be Avengers and don't have time to debate the morality of profiling future criminals based on predictions of the future.  I wanted to give a little recognition to these poor guys who will never get a list of their own so I did some research on them and came up with this list of key issues for the character's that make up Deadpool's Mercs For Money:

Omega the Unknown #9 - 1st appearance of Greg Salinger.
Defenders #74 - 75 - Battles the Defenders.
Amazing Spider-Man #225 - Thrown into a mental institution after Spider-Man stops him from killing "fools" at Empire State University.
Foolkiller #1 - 10 - Greg helps the new Foolkiller (Kurt Gerhardt) after being committed to an institution.

Tales to Astonish #95 - 1st appearance of Walter Newell.
Sub-Mariner #19 - 1st appearance as Stingray.
Avengers #262 - Sort of joins the Avengers.  There doesn't appear to be an issue where he actually joins.  Just this one where he lets the Avengers move into his Hydro-base. Afterwards, he's kind of just around trying to please Captain America.