The X-Men Title You Should've Been Reading All Along 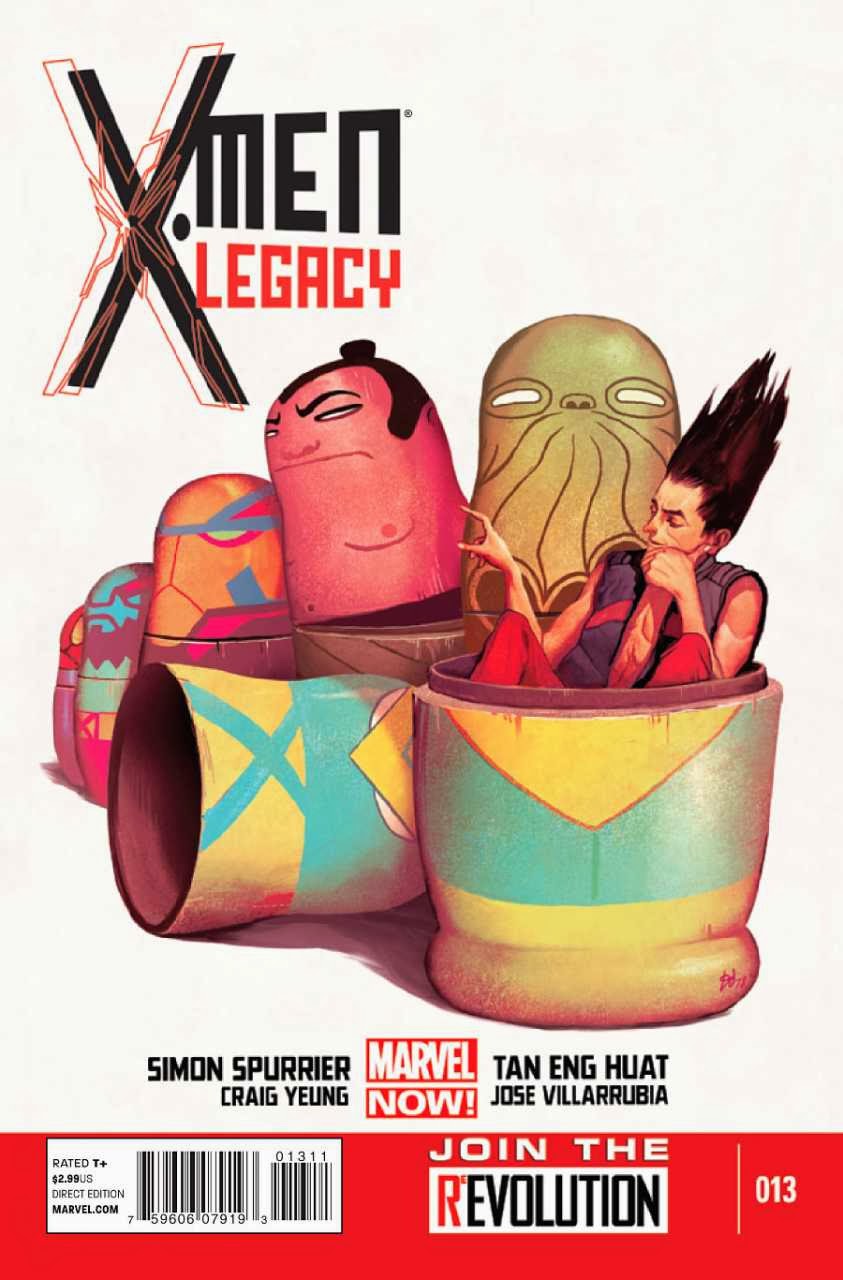 If you had told me a year ago that X-Men Legacy would be on my pull list, I'd have told you to go pound sand.  Then you'd say, "But, it's really cerebral and it follows Legion."  Then I'd say, "Forget what I said about pounding sand, go eff yourself!"

Well, it's a year later and I can tell you that X-Men Legacy is one of the few books that I read the day I bring it home.  The others are Thor, Uncanny X-Men, and All New X-Men.  Though Bendis is creating a monumental run on the new big 2 X-books, this one is not to be missed.  Written by Simon Spurrier, Legacy has filled the vacuum left after Rick Remender's X-Force run ended (more on this later).

The premise of the book is that Legion is trying to get control of his powers.  The short, short version of Legion's history is that he's a bit crazy.  At the same time, he's making an attempt to fulfill as best he can the Professor X (his father) legacy.   But not as Legion describes it by "wearing spandex."  He's a loner and is the character that Quentin Quire wishes he could be.  Legion's way of fulfilling his father's dream is not to preach peace like the new Uncanny Avengers or kill all enemies like the old Uncanny X-Force.  Instead he uses the necessary technique for whatever threat he is facing whether it be subterfuge, violence, or diplomacy.  Fortunately, he has many powers at his disposal.

This title without announcing it takes us to some dark places.  In reality, Legion's proactive mission to neutralize threats to mutants is even scarier.  In Remender's X-Force, the villains were overtly evil.  Spurrier's villains though are more frightening because they are human and familiar.  Some of them look like your neighbors or uncles which is a credit to Tang Eng Huat's artwork.  The other common theme in both series deals with good intentions, Machiavellian methods, and unintended consequences.

I also love the fact that Spurrier apparently has his pick of the less seen mutants throughout the Marvel Universe.  There's not another book where you can see characters like Blindfold, Chamber, Pixie, and Pete Wisdom.  I am a little sad that Spurrier's run will end with issue #24, but apparently he'll be on a new title that's been teased with the word "Offensive." I have no idea what that means, but my dream is that Legion is somehow cajoled into working with a new group in MI-13 led by Pete Wisdom.  For other insights into X-Men Legacy and Spurrier's thoughts check out: http://xmenlegacy.tumblr.com/.  Even without the great writing and art, the Mike Del Mundo covers alone are worth more than the $2.99 cover price.
Posted by Brian Michael Cassity