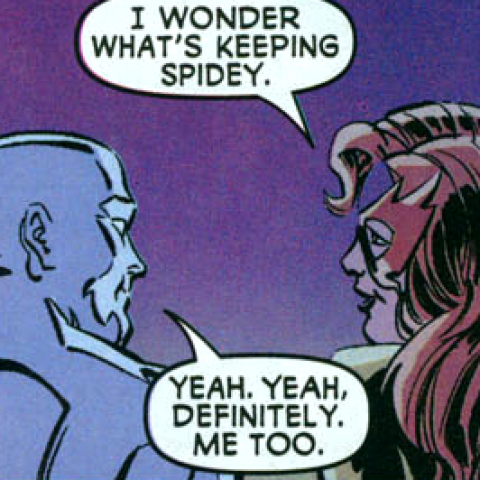 Like many of you I picked up the first issue of Amazing X-Men this week.  And though it was nice to see Nightcrawler again, I was much more excited about Firestar finally joining the X-men.  Aaron introduced the character to X-readers superbly by reminding us that not all mutants are X-Men or evil mutants.  Her first reactions to the Jean Grey School were perfect.  Firestar has been around as a character for over 30 years debuting in the Spider-Man and His Amazing Friends tv show in 1981.  She was introduced in comics as a member of the Hellions, later joining the New Warriors and the Avengers.  Also, thank you Jason Aaron for the nod to Firestar and Iceman's past history.