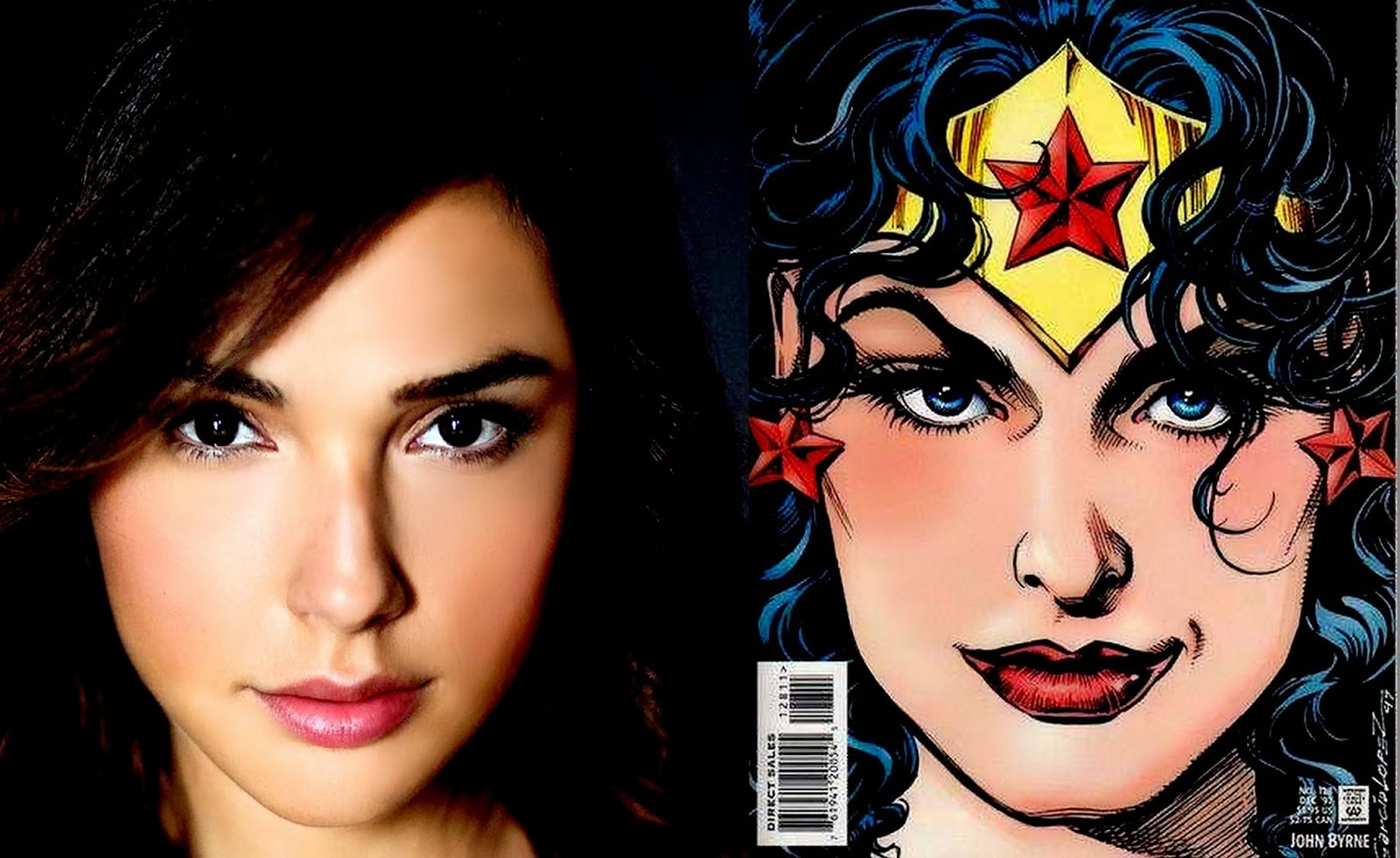 According to Variety, Gal Gadot who will be playing Wonder Woman in the upcoming Man of Steel sequel signed on with Warner Brothers for three movies.  So the speculation is that in addition to the sequel and Justice League, the third must be a solo Wonder Woman film.  Hopefully that's true, though I fear it may be a just in case for a Justice League 2 if the first one is successful.  They should make a solo movie and if anyone knows someone at Warner Brothers please direct them to my post from three years ago about how to make a Wonder Woman movie.  I didn't jump into the fray earlier about whether Gal Gadot is the right actress for Wonder Woman but I will now.  Gadot is beautiful obviously, but will she be able to play Diana.  Based on her remarks about the role to an Israeli TV show, I'm pretty confident that she's got the right attitude.  The pic accompanying this post is Gadot next to the cover for Wonder Woman Vol 2 #128 by one of the best to ever do Wonder Woman covers, Jose Luis Garcia-Lopez.  Judge for yourself.
Posted by Brian Michael Cassity No comments: 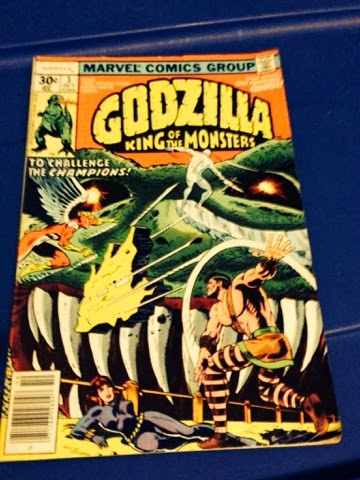 This week's steal is Godzilla King of the Monsters #3 from October of 1977.  I picked it up for a buck at my awesome LCS, Twilite Zone Comics. It's probably around a Fine grade but who cares when the story is the Champions versus Godzilla written by Doug Moench and drawn by Herb Trimpe.  The Champions pretty much suck at stopping Godzilla the entire issue while Dum Dum Dugan and SHIELD get their asses handed to them by Godzilla.  Not a key issue by any means but the ending is awesome and you get great panels like this one of Godzilla destroying the Golden Gate Bridge. 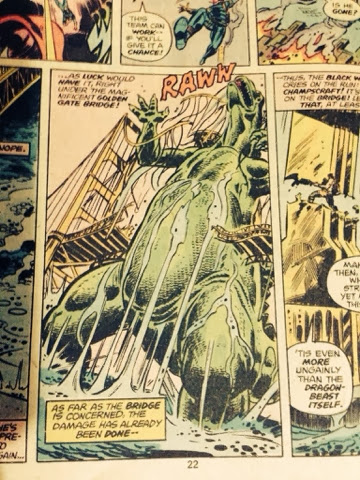