After creating Sqweasel to be the blog mascot, I figured that at some point I'd have to create an origin story for him.  I do have one and rather than type it out in a big block of prose as if this were the Official Handbook to the Key Issue Comics Universe, I decided on doing a webcomic.  Here's the first episode.  A giant thank you to the artist, Gene Dodge, who did the pencils, inks, colors, lettering, and interpretation of my second attempt at a comic script. 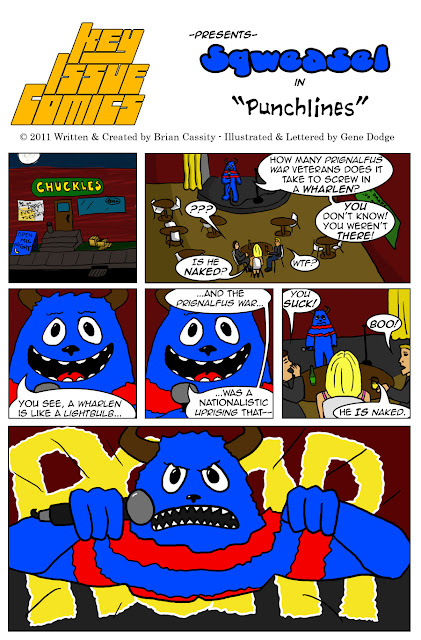 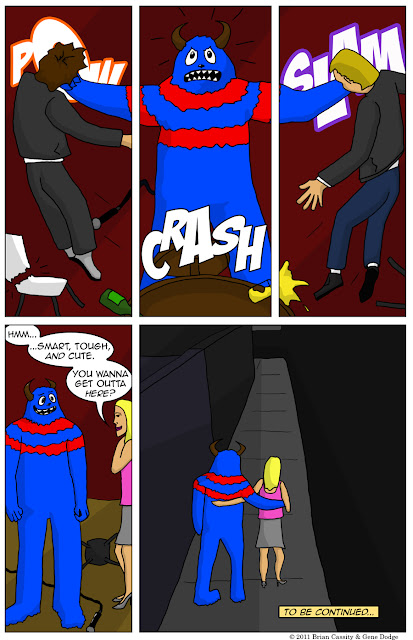