Glossing Over the Death of Wolverine 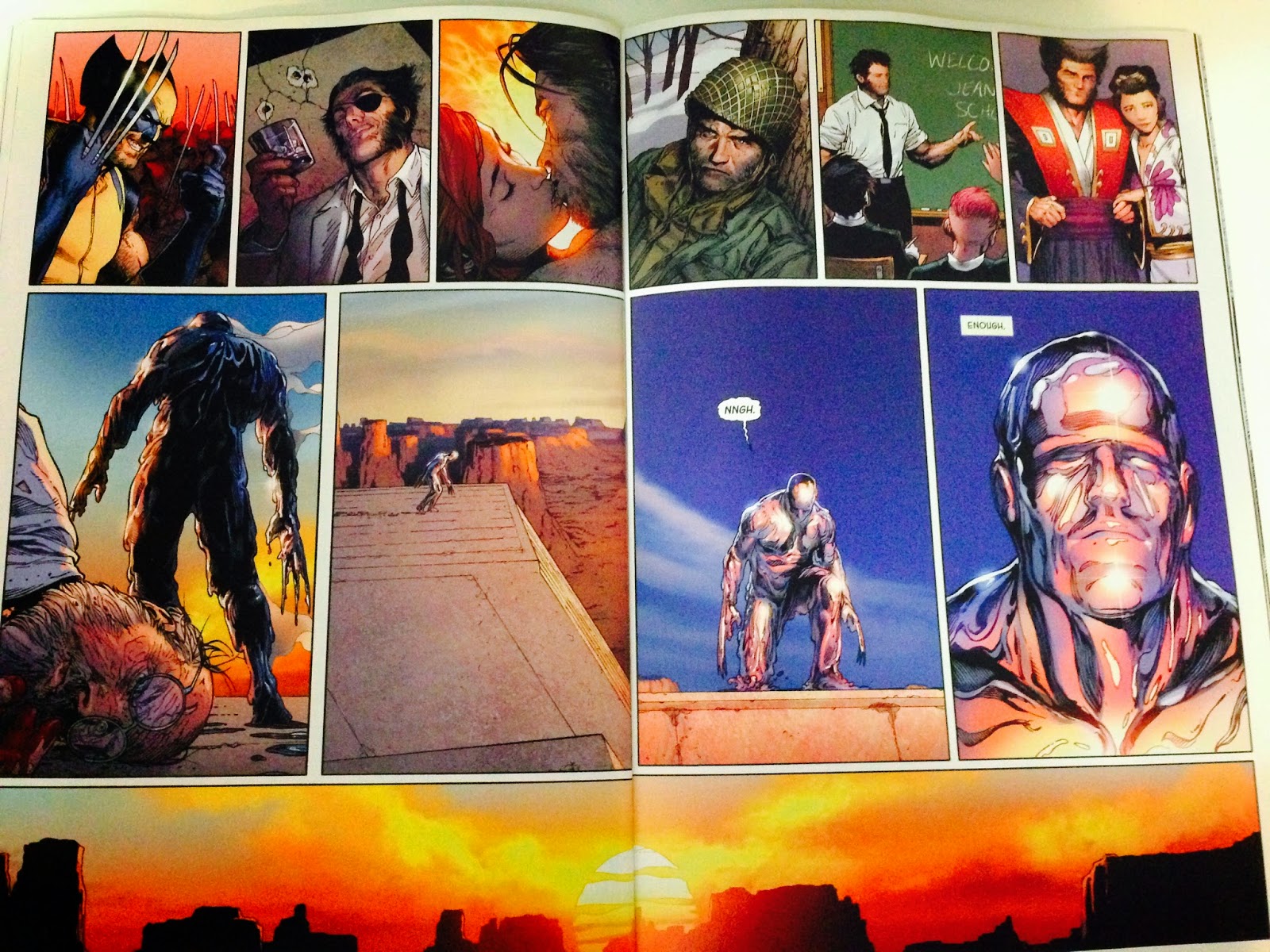 It was with great anticipation that I picked up Death of Wolverine #4 today.  And then, disappointment.  Not with Charles Soule, Steve McNiven, Jay Leisten, or Justin Ponsor who did a masterful job of sending our hero off with beautiful artwork and a subtle story of self-sacrifice.  The entire series was wonderful even though it seemed a bit hurried.  Perhaps one or two more issues would have been better.

The real letdown is how Marvel is treating Wolverine's death. Let's start with the timing of this mini-series and the timing of Axis, the latest Marvel event.  Apparently, there were some slight delays with Death of Wolverine, but dropping this issue in the middle of Axis seems to give short shrift to his death.  Wolverine, an Avenger and arguably the most popular of all the X-Men, dies before the events of Axis (I'm assuming, otherwise why wouldn't he be there fighting alongside all of his teammates) and no one even makes mention of it.  Sad and inexcusable.

In another stupid scheduling move, Marvel releases Wolverine and the X-Men #10 on the same day with a "Death of Wolverine" banner across the cover.  Ideally, this issue would show up a week later after some time for his death to resonate both with fans and Wolverine's students and fellow X-Men.  Instead, we get a poorly written issue with way too many artists depicting those closest to Wolverine who apparently skipped the first four stages of grief and moved on to acceptance.

I haven't read the Logan Legacy #1 yet, but from what I've heard, the book will really only deal with other Weapon X program characters.

None of this would matter if Logan were suddenly resurrected in a week, but from Axel Alonso down to Charles Soule, we've been told that there's been no thought given to how he would come back and that dead Wolverine will be the status quo for the foreseeable future.  Disheartening when you consider that Marvel is usually planning stories two to three years out.  Even more disheartening to see one of the characters that helped keep Marvel out of bankruptcy paid such little respect.